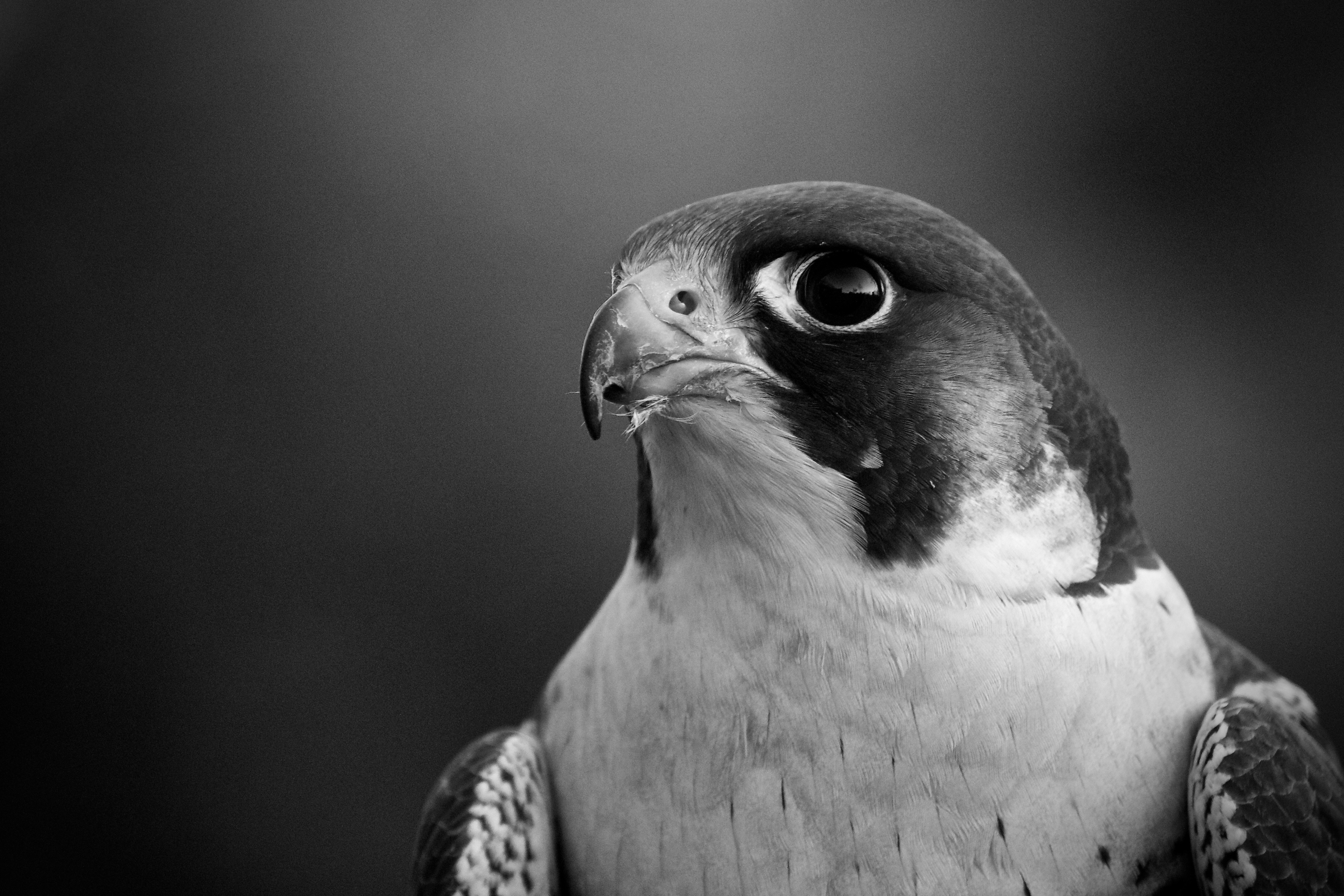 Our ranger Jackie tells some interesting facts on her guided wildlife tours running in the Cairngorms National Park. Here are her thoughts on the Peregrine falcon  that can be seen in the great out doors around Scotland.

While out on a wildlife tour, I was fortunate to get a brief glimpse of a peregrine disappearing at speed over a ridge. Ever since I was a child I have always had a fascination with these incredible birds.

Peregrines populate large areas of every continent apart from Antarctica and they have managed to customise their hunting methods to suit almost every habitat, including in our cities.

We as humans very quickly realised how high their hunting success rate was. We also very quickly realised how trainable they are. As a result they have become one of the most popular birds for falconers throughout the world. Some peregrines have gained themselves very important jobs in our society, warding off other birds where they have become a problem, e.g. pigeons at Wimbledon, Lords cricket ground or at airports. I have also heard some have been trained to catch drones!

They really are an apex predator. So what is it that makes them so much more successful than other birds of prey?

If we start by looking at the head, a peregrine’s eyes make up more than 50% of its head; to give you a comparison our eyes make up 5% of our head. Peregrines eyes are also very clever because they can see in both monocular and binocular vision. So when a peregrine looks at something close by it uses both eyes together to create an image in the same way that we do, but the clever bit is when they look at something far away. Often you will see peregrines turning their heads sideways to look at something. This is because they are using their monocular vision, which for us would be like looking through a telescope. A peregrine can see a tennis ball from 3 kilometres away! This means an unsuspecting pigeon can be being hunted with out even realising. A peregrine will then use its next weapon, the one they are most famous for and deservedly so, because it is the fastest creature on the planet.

Peregrines have been recorded at speeds of over 200 miles an hour. What’s also amazing is their ability to get to high speeds incredibly quickly, faster than any sports car.

Being able to accelerate from 0-60mph in less than a second has its issues though. This is why peregrines have very strong dense skeletal structures and relatively short, stiff, pointy wings. The tail is wide but also short and stiff. All of these traits help it to cope with the extreme speeds, acceleration and high G forces, up to 18G, which is double what any of our best fighter pilots can deal with.

I have been fortunate to see wild peregrines hunting a few times and also been out with falconers on a few occasions in the past; watching peregrines fly while hunting is a truly incredible site. I’m not sure I can really put into words how beautifully graceful and effortless it is.

So once the peregrine has spotted and managed to catch up with its prey, it will now grab it with its talons while on the wing and then deal the fatal blow with its sharp beak. Both the feet and the beak have hidden secrets though.

The feet have a clever ratchet like system on the end of each digit that means when the 2cm talons have hold of the prey they will not let go. The other big advantage of this is that no energy is expended holding the prey. This also means peregrines can take on prey far larger than themselves.

The peregrine’s beak has a small, easily missable notch on the inside of the upper mandible that is called a tomial tooth. This is used to fit between and dislocate the vertebrae in the victim’s neck and results in almost instant death.

When it comes to parenting peregrines take it in turns to look after normally about 3-5 eggs. Once hatched the chicks mature very quickly partly due to a constant flow of food from both parents. The chicks are trying to fledge after 7-8 weeks. Once they have the hang of basic flying, together the parents teach the chicks the skills needed to hunt.

So when you are next out and about in an open area, do keep your eyes peeled for these amazingly swift, beautiful birds.

← Cuckoo bees
Have you ever seen a Pine Marten? →