What has our botanist Dr Oliver Moore seen lately 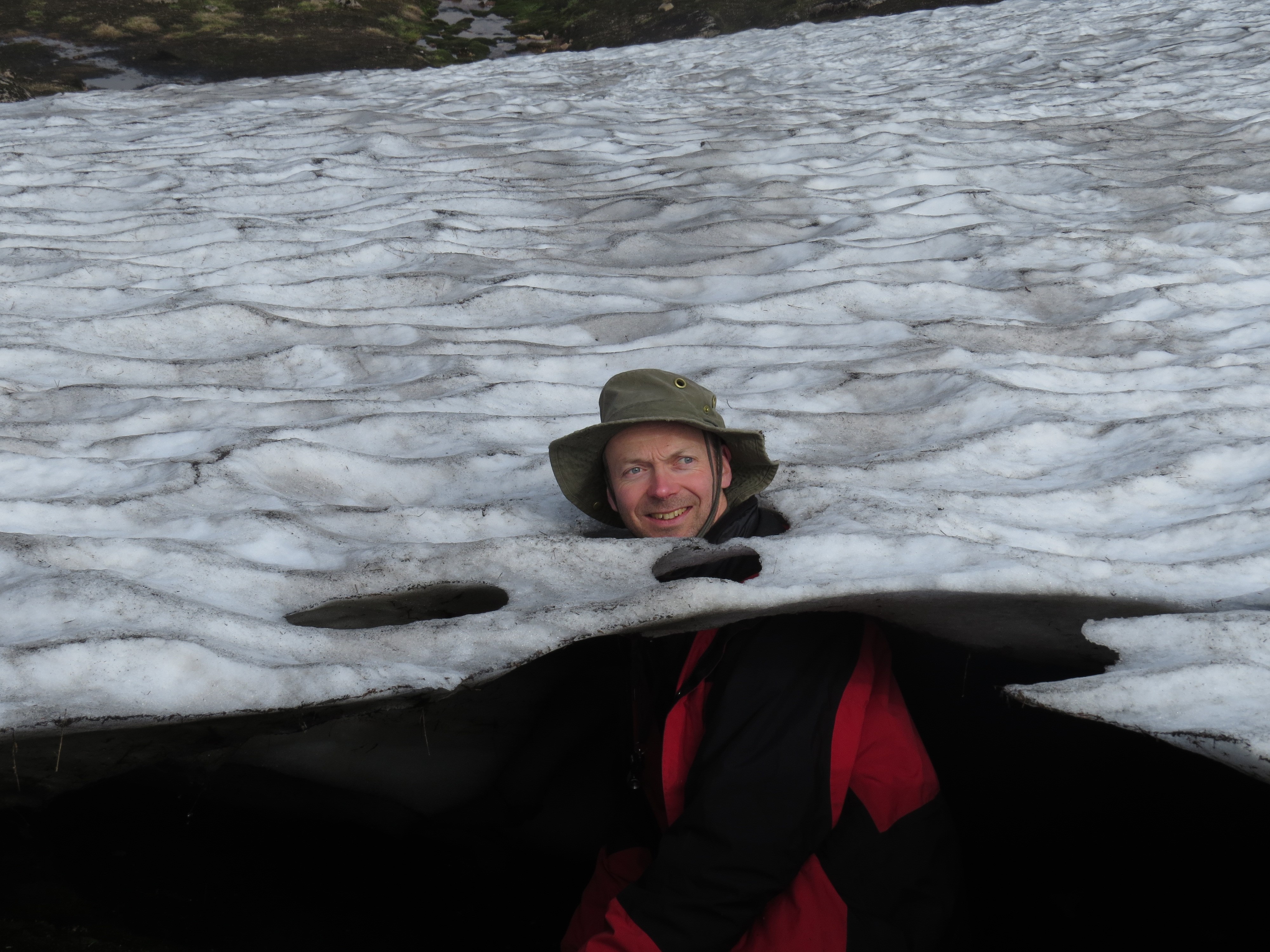 Our botanist Dr Oliver Moore has been on a journey in the wilderness and has some fascinating observations:

Snowdrops in the Perthshire hills.

Snowdrops (Galanthus nivalis) are thought to be an introduced and naturalised species in the British Isles (although some argue they might just be native in parts of Southwest England). This does not detract from the sheer joy of seeing them apparently growing wild in winter. Here they were flowering on a south-facing Perthshire hillside in early February.

Fox (Vulpes vulpes) tracks crossing soft sand between dune systems along the Fife coast in late January. Notice the relatively straight and purposeful pattern and the oval shape of each footprint that helps separate these tracks from those of a domestic dog. What the photograph does not reveal is the characteristic musty odour that accompanies the tracks at certain points where the fox has marked its territory. This odour is often described as ‘coming and going’ in that one minute you can smell it, and then you can’t, before catching a whiff once more.

Lecanora muralis is sometimes described as the ‘bubble-gum’ lichen because of its tendency to occur in suburban situations on tarmac – where it resembles the spat-out and well-trodden artefact. This lichen is fairly tolerant of pollution which enables its persistence in towns but this photograph was taken in Wester Ross where it grew in the splash zone of loch edge rocks. The miniature ‘jam-tarts’ with flesh-coloured discs are the reproductive structures and are known as apothecia.

Pine Marten ‘Poo’ in the Cairngorms

Always exciting to find Pine Marten (Martes martes) scat. This was found in the middle of a forestry track in the Cairngorms. Pine Martens are known to mark their territory in obvious places and scats are often used for this purpose. I could not detect much smell when I got down for a close sniff which contrasts with the vile odour associated with the scat of American Mink (Neovison vison).