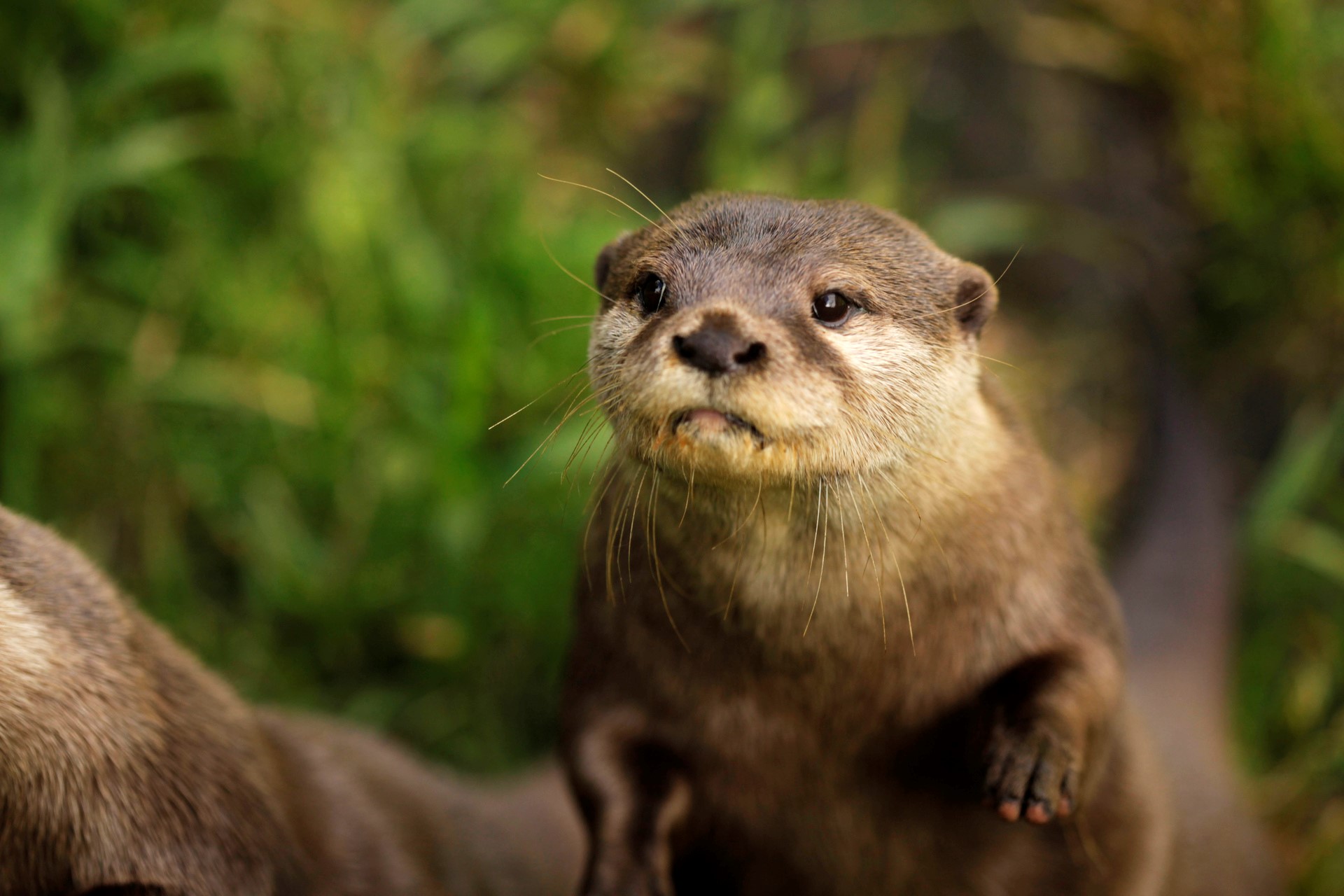 Here are some interesting facts about our native Otters

The European otter is an important part of the ecological systems and are an apex predator sitting at the top of the food chain.

The Latin name for the European otter is Lutra lutra pronounced “lootra lootra”!

They are a protected species under schedule 5/6 of the Wildlife & Country Act 1981.

They communicate with whistles, chattering’s and hisses.

They are member of the mustelid family which includes badger, polecat, weasels and pine martin and is a semi aquatic member of that family.

Otters were close to extinction in the late 1950’s due to organochlorines and pesticides being deposited into our water systems. This affected the reproduction system of the otter and the population took a crash during this time.

They reach lengths of 1.3 meters and can weigh 12 kilos.

They are able to breed at any time during the year, but Spring is common depending on food availability and have 1-5 cubs (usually 3) which are born blind. Light grey in colour and weigh around 40 grams.

Otters can travel over large areas. Some are known to use 20 kilometres or more of river habitat.

Otters deposit faeces (known as spraints, with a characteristic sweet musky odour) in prominent places around their ranges. These serve to mark an otter’s range, defending its territory but also helping neighbours keep in social contact with one another. Females with cubs reduce sprainting to avoid detection.

Fish, especially eels and salmonids are eaten, and crayfish at certain times of the year. Coastal otters in Shetland eat bottom-living species such as eelpout, rockling and butterfish. Otters occasionally take water birds such as coots, moorhens and ducks. In the spring, frogs are an important food item.

Our native otter, the European otter can be found in every county of the UK with Kent being the last county to see the otter establish themselves.

The oldest recorded otter was a captive animal that reached 19 years of age and lived at the New Forest Wildlife Park in Hampshire. It was called Alpha.

The collective name for a group of otters is a “romp” and in sea otters it is known as a “raft”.

Our native otter reach 12kg but the heaviest was recorded at 23kg back in the 19th century being almost 6 feet in length.

The whiskers on the otter are called “vibrissae” and are used to sense movement in water to hunt prey.

Otters are not natural swimmers and at around 3 months of age the mother will drag them out of the natal holt and dunk them into the river. They will often cling to the back of mum and mimic her movements whilst being taught life skills.

Otters can only hold their breath for a few minutes – 3 to 4 is not uncommon.

All European otters have a distinguishing cream moustache which can be used to identify individual animals.

Why not join us sometime soon on one of our wildlife tous. Book here