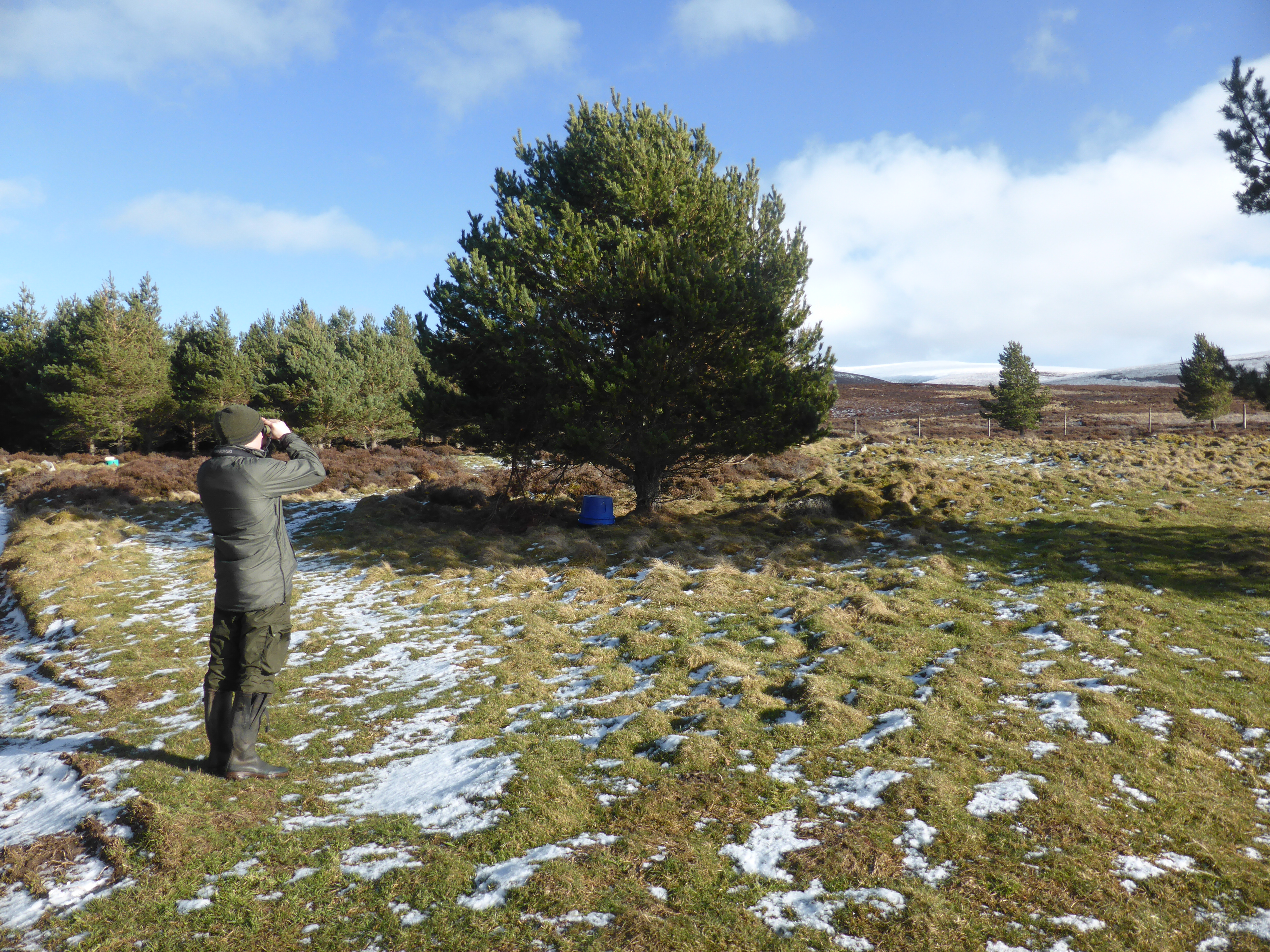 On a fine day the Wild Alba team head out to look at new wildlife walks in the great outdoors for the 2018 season.

A walk up a section of the east side Ben Rinnes is looked at. Ben Rinnes is the most dominating mountain in the region and one of the highest in Moray. It is a very popular hill walk with most people ascending from the West. The views are far-reaching from the top, taking in a large part of the North East of Scotland.

The wildlife seen on the walk was extensive. As they walked through the forest Woodcock, Roe Deer and Red Squirrel where spotted. The forest was a pleasant mix of Scots pine, birch (downy and silver), alder and oak (pedunculate and sessile). Once on the side of the hill wider views opened up and other wildlife could be seen. A Kestrel and Buzzard flew high up the side of the hills while Snow Bunting and Red Grouse flew low over the heather. Further up the path a white Hare sped across the path disappearing over the brow.

The path ended at a Bothy sitting by the burn of Lyneriach nestled between the hill of Knocknashalg and Cairn Guish.  There were fine views of the Spey Valley below. The bothy provided shelter and place to rest before the walk back.

This will make a great waking route and we hope that you will join us soon.