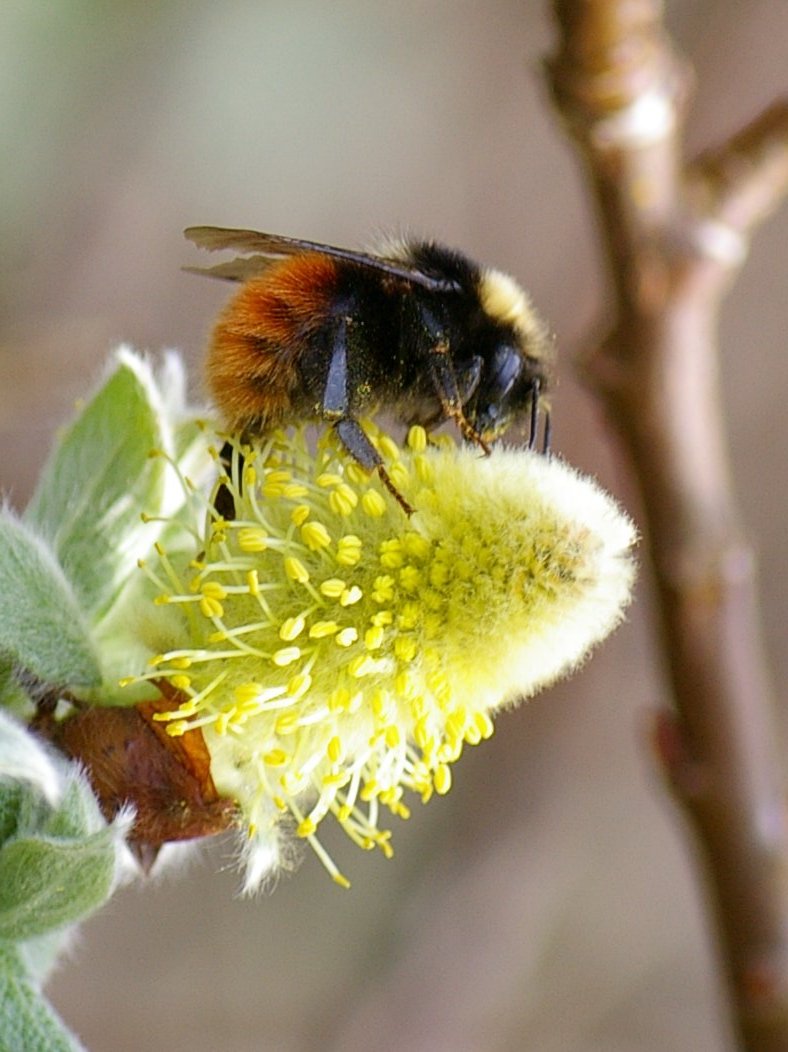 Our ranger Jackie tells some interesting facts on her guided wildlife tours running in the Cairngorms National Park. Here are her thoughts on Bilberry and Mountain bumblebee that can be seen in the great out doors around Scotland.

Whilst up in the hills on a warm, sunny afternoon in June, there is little to disturb the peace and quiet–little more perhaps than the passing buzz of a worker bumblebee as it flies in search of flowers to collect food. The Blaeberry (Vaccinium myrtillus) is in flower at that time of year and is a food plant of the Blaeberry bumblebee: an attractive, colourful bee, native to the uplands of the United Kingdom, with many found here, in the Scottish Highlands.

This bumblebee favours colder weather and is at home in the uplands and moorlands. As such, it is particularly at risk of decline, due in large part to global warming. As the temperature generally warms, its habitat shrinks: pushing the bumblebee higher into the uplands.

Look out for them as you walk or even in your garden: queens, workers and males all have the same markings. If you spot a bumblebee with two lemon-yellow bands on its thorax and a large band of red-orange on its abdomen, this is most likely to be a Blaeberry bumblebee.

Bumblebees are important pollinators; however, they are not alone in being so invaluable. A variety of other insects, such as: solitary bees, butterflies, moths and hoverflies, are also busily pollinating flowers as they feed and move amongst them to feed. These wild pollinators are in fact twice as effective as domesticated honey bees. Many flowering plants rely on their activities to pollinate their flowers, and so, to produce seeds. We heavily rely on these insects too; they complete an essential step towards helping us to produce crops, such as: apples, oil seed rape, coffee and tomatoes. They may be only tiny, but en masse, their work is on an epic scale and would cost the human race trillions of pounds to replicate (if this were even feasible).

← The funny thing about Cotton-grass is, it’s not cotton and its not a grass
Don’t rely on technology. Learn to use a map and compass. →